When it comes to the introduction of new foods for babies, there are different options for how to start the process. We encourage parents to start introducing new foods around 4-6 months of age. However, there has been some debate in regards to which method is best over the recent years. There are generally two different approaches. The first, which has been considered the standard food introduction guidance, is the introduction of complementary foods. The second, is Baby-Led Weaning which started abroad and has become more widespread in the US in recent years. Below are some key points about each method.

This method of feeding is intended to “complement” the nutrients and energy in breast milk or formula. It is a gradual exposure to solid foods with different textures. This means that pureed foods are given prior to finger foods and self-feeding. This method has been the recommendation of the American Academy of Pediatrics (AAP). In the first few stages of introduction, the parent controls the amount of food offered via spoon feeding. Then feeds gradually shift into more solid foods. An example of progression is as follows:

12-24 months: family foods (eating the same foods as the rest of the family in the same form)

Baby-led weaning is a misnomer, as the approach does not involve weaning from breast milk or formula but instead involves the addition of solid foods to the diet. This method is intended to allow the infant to feed themselves independently right at the start. In general, pureed foods are not eaten because they need to be spoon fed and require feeding by someone else. This requires waiting until a child can sit on their own well and grab foods to place them in their mouth. The goal is to allow infants to have better autonomy and to self-regulate their eating. The concept “food is fun until age 1” is used in this method. Infants are allowed to explore taste, smell, and feel different foods without a focus on the amount consumed.

The theoretical benefit of baby-led weaning includes autonomy over foods, infants using their own cues for hunger and feeling full, and potential to offer healthier food variations. However, there have also been concerns regarding increased risk of choking, poor growth, and anemia with this method. There have been several scientific studies done to evaluate these concerns. Overall, the general message from these studies is that there are no significant risks to baby-led weaning. The biggest concern we hear from parents regarding baby-led weaning is the potential for increased risk of choking. This was studied in randomized controlled trials and found no difference in choking events as long as the parents were aware of avoiding high-choking-risk foods like whole grapes, apple slices, hot dog pieces, popcorn, and nuts. There has been no evidence of changes in picky eating between the different feeding styles. There are no differences in weight outcomes between the groups in several studies. With concerns of anemia, there is no increase in risk if parents are educated on the importance of iron-containing foods, such as meats.

In practice, both feeding options are perfectly viable. If choosing baby-led weaning, it is important to research which foods are best to start with and how to cut them into slices that can be easy for an infant to grasp and swallow. In addition, make sure to add in iron-containing foods while also offering fruits and vegetables. There are several books on the topic that can help. The popular ones are Baby-Led Weaning: The Essential Guide to Introducing Solid Foods by Gill Rapley and Baby-Led Feeding by Jenna Helwig. However, there are many other options for those who enjoy reading. 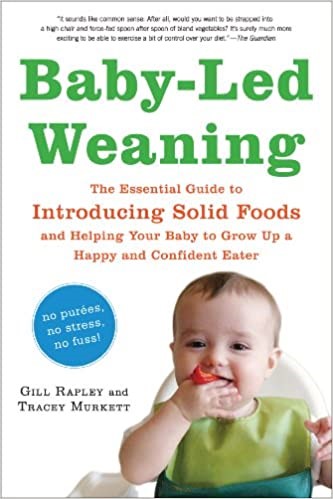 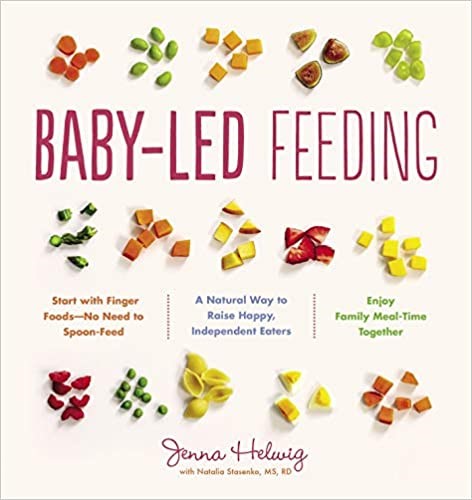 As a parent, it is important to use your own comfort level when choosing a feeding plan. There is no right or wrong option. If the thought of giving your 6 month old large pieces of fruits and vegetables is anxiety provoking for you, then don’t push yourself. It is best to do what works best for you and makes you the most comfortable and confident. Do not allow the pressure of those around you push you in one direction or the other. This is supposed to be a fun time filled with watching your sweet little one try new foods. Enjoy the experience with them!