The country of Haiti is the western half of the island of Hispaniola, in the Caribbean Ocean just 600 miles from Miami. The eastern half of the island is the Dominican Republic. While most of the Caribbean islands are Spanish speaking, the people of Haiti speak Haitian Creole, a synthesis of French and African dialects. Their unique language and culture stems from the fact that the country became a French colony in the 1600’s and was populated by African slaves, brought to Haiti by the French landowners to work the land. In 1804 those slaves declared independence, and after a prolonged battle, they drove out the French and became the first independent black nation in the Western Hemisphere.

Being the first independent black nation was not easy, and due to boycotting and exploitation by most other countries, Haiti became and remains economically depressed. Today it is the poorest nation in the Western Hemisphere, with 9 million people living in an area the size of Maryland. Most people earn a living by farming and selling food and other goods, and the average income is less than $2 per day. There is very little government infrastructure, so very few public schools or public healthcare facilities. Families can send their children to school only if they can afford private tuition and can access healthcare only if the can afford it. As well, the island is beset by natural disasters, particularly the earthquake in January, 2010, and almost yearly hurricanes. But the people remain strong and resourceful, and take care of each other.

I first traveled to Haiti in November, 2006, to establish a partnership between my Episcopal church and a church and school in Gressier, a few miles along the southern peninsula from the capital, Port au Prince. Since that time, donations from my church have paid for the teacher salaries at our partner school, so that the children can attend without paying tuition. On that trip, I met a Haitian Public Health nurse, and she took me to one of her nutrition clinics, for children ages 4 and under who were suffering from malnutrition. I noticed the signs of illness in the children and asked how they received medical care. The answer was “They don’t.” So the next spring I organized a small group of American health care workers and we held a mobile clinic for that community and a few others. I was hooked, and have been going back to do medical work in Haiti twice a year since.

In 2008, at the request of our partner priest, another physician and I started organizing twice a year clinics for our parish partner. We met some people from an Atlanta Episcopal church, and the two US churches established twice a year clinics for our two Haitian partner communities. We also hired a Haitian nurse to visit the communities once a month, particularly to follow up with patients with high blood pressure and type 2 diabetes. As time went on, we hired more Haitian doctors and nurses to join our team, including a dentist and eye doctor.

In 2016, it was becoming unsustainable for our two churches to fund both teacher salaries and medical clinics, so we incorporated an independent charitable organization, which we named Haiti Companions, to fund the medical clinics. We also realized that twice a year clinics were not enough to meet the medical needs of the two communities, so we hired one of the Haitian doctors as our Haiti Country Director, and he has hired an all-Haitian staff, who hold monthly clinics in our two partner communities. Last year we added a third community. Every three months, an eye doctor and dentist join the team.

So what are the common medical conditions that we see in Haiti? The number one is intestinal parasites. Every child under 5, as well as older children and adults are exposed to parasites. The parasites rob them of nutrition, in a place where they are already undernourished. So every child that comes to our clinics receives albendazole, an anti-parasite medication, every six months. Children and pregnant women also receive vitamins with iron, to supplement their meager diet. Many women are anemic and are treated with oral iron. Hypertension and type 2 diabetes are very common in Haiti, a result of genetics, poor diet and stressful lifestyle. Now that we are seeing patients monthly, the doctors are able to monitor them carefully and prescribe the medication they need. Infectious diseases are common and can be life threatening. Patients can be tested and treated for malaria, which can be fatal, especially in children. Other mosquito born illness, such as dengue fever, chikungunya and zika, cannot be treated, but ibuprofen and Tylenol can provide symptom relief. Our doctors are on alert for signs of tuberculosis and HIV, and there are free clinics to which patients can be referred. There is also a center where severely malnourished children can be treated. Skin conditions are very common. We see terrible scabies, ringworm and impetigo. Other common infections are bronchitis or pneumonia, urinary tract infections and sexually transmitted diseases. Most older patients have severe arthritis, from all their years of hard physical work. A common complaint is “my whole body hurts.” Our country director works to give some relief with various non-steroidal anti inflammatory medications. Other common complaints are gastroesophageal reflux, headaches, and itchy watery eyes, exacerbated by the ubiquitous burning of charcoal for cooking.

Working in Haiti has been life-changing for me. The people are friendly and welcoming, energetic, funny and amazingly resourceful and strong. I have many dear friends there now. It continues to be a privilege to work with them. 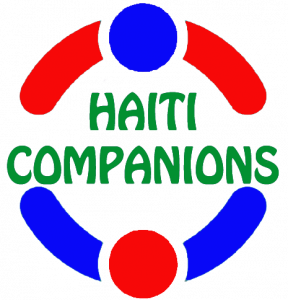 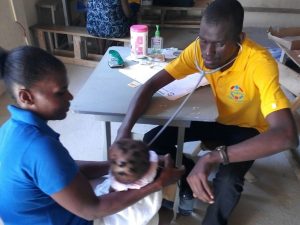 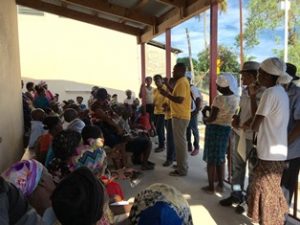